Social media platforms have become a major component of the online world. While their users often assume that the way they see these platforms now is how they’ll see them next week or month or year, that is not always the case. For better or for worse, changes do indeed occur, made every so often in an effort to improve the platforms and their feeds, and to stay competitive with the growing number of options that are now available.

Some of these changes are barely noticed, and smoothly transition into the respective interfaces so that we don’t remember not having them. Others are made into bigger issues – like the algorithm changes that are currently being implemented by both Twitter and Instagram. These are almost a rite of passage when platforms reach a certain size. So what exactly is happening, and how will it affect your business? Time will tell – but for now, we’ve got a few explanations and ideas for you right here.

Instagram is currently in the process of updating their algorithm – a day which many have been dreading. The Instagram feed will no longer display chronologically ordered photos and their captions posted by all of the accounts that a user follows (as it’s been since 2010). Instead, Instagram’s new algorithm will decide what’s most relevant for each user and will show those posts at the top of the feed.

The algorithm will look at several factors to decide what’s most important for any given user. These include what the user has liked in the past; the relationship between the two users; and the timeliness of the post, regardless of when it was first shared.

So why is this change happening? Instagram says that the average user misses about 70% of the content in their Instagram feed. This new algorithm is meant to optimize the 30% that they do see so it’s exactly what they want to see, and they won’t have to wade through the rest to get to it. 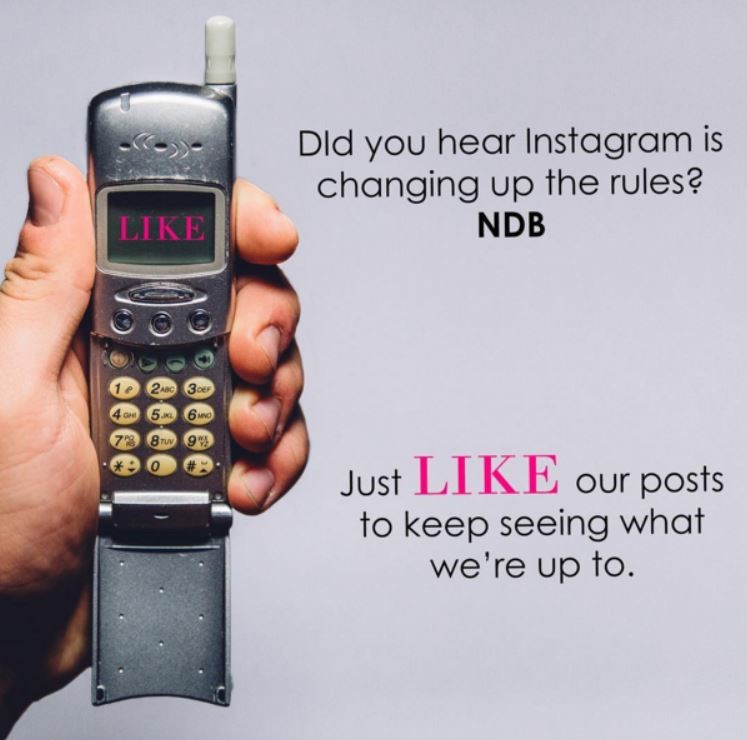 They’re trying to get more likes to increase the number of followers who see their posts at the top of their feed. Others are requesting their followers turn on post notifications so they receive a notification every time that account posts to Instagram. This could turn into a lot of notifications, depending on how many accounts a user selects this feature for.

Instagram’s 100 million daily active users have not been shy about expressing their discontent with the upcoming changes. Which could mean they’ll start looking elsewhere to view the information they want. But that all depends on just how drastic a change this turns out to be.

For now, Instagram is only testing the update on a small number of its users, so most people won’t see any difference just yet. And it won’t be rolled out to the masses until they’ve figured out how best to do it. As it looks now, the change will make it more difficult for small companies to compete, as they’ll no longer be guaranteed post views from all of their followers. It will be tougher to get visibility, especially for those businesses not running ads. (Instagram ads will not be affected.)

Will all of a business’ followers opt in for notifications? The chances are slim. Is it actually necessary for them to? If they’ve liked posts before, then they’ll probably see what’s being posted. Otherwise, they may not without scrolling for a while. Users always have the option to search for specific accounts, but this requires navigating a few clicks away from the main feed, so it’s not particularly streamlined.

As for the date by which all Instagram users will be switched over, that is also still to be determined. In the meantime, it’s important for users to get more social with the posts they like to keep seeing them!

Similar to Instagram’s update, Twitter users who have been away from the platform for a while are now shown tweets that they might find most interesting instead of seeing all Tweets in reverse chronological order. These top-spot Tweets are still recent posts, but are just not the full feed. The change was made in an effort to help with the information overload issues that Twitter users often complain about.

Twitter’s algorithm update first went into effect last month for a select few, who were told that they could activate it in their settings. The update has gradually increased its reach, and now seems to have gone live as a default setting for all the platform’s users.

The key difference between Twitter’s update and Instagram’s is that Twitter users can turn off the feature by going to the settings and opting out of the “Show me the best Tweets first” option. Despite user concerns, the change has not been very drastic after all, and is a sort of upgrade of Twitter’s previous “While you were away” feature. It’s unlikely this will have much of an impact on businesses, especially considering the opt-out option. Twitter has said that they’re seeing more engagement on tweets in this new top section, so if a business’ tweets make it up there, they might see more activity than usual.

Are these updates being built-up for no reason? Are they effecting social media feeds as much as we suspect they will? For Twitter, the build-up seemed to be unnecessary. For Instagram, we’ll have to wait and see. In the meantime, businesses: keep posting engaging content. And users: keep liking what you want to see more of – otherwise, you might never see it!

How much did you enjoy this article?
Thank you for helping us improve our blog!
Related Topics Ecommerce News
About Katie Dodd Syk

Katie Dodd Syk is an SEO Team Lead at Volusion. She is passionate about creating quality content, and enjoys helping Volusion merchants optimize their sites across a variety of industries.