How to Plan Revenue-Driving Ecommerce Initiatives

How to Start Selling to Customers Internationally

The 6 Grammar Rules You Can (and Should) Break

How Entrepreneurs Can Deal with Failure (Large or Small)

The Top 5 Books to Read About Design

Millions of people and brands rely on hashtags to expand their reach, organize their content, and participate in bigger conversations. If your ecommerce business doesn’t use hashtags, the idea of building them into your social strategy might feel overwhelming. What and who should you mention? Which conversations should you join? What if you commit a social media faux pas or use a hashtag in the wrong context?

Not to worry—we have you covered. Here are a few strategies for using hashtags appropriately and effectively to reach new customers and satisfy your existing base.

A Quick Refresher on Hashtags

Hashtags may seem like an annoying social media trend that never died, but they actually have a specific, useful purpose. Hashtags act as a filing system for social media posts, organizing the platform’s index of content into topics and themes that users create (by inventing a new hashtag) or contribute to (using an existing hashtag). Some hashtags have millions of posts, and others are more specific.

Perhaps the simplest way to understand the utility of the hashtag is to consider a small event, like a wedding. If everybody who attended Pam and Jim’s wedding tag their social media photos with the invite-suggested hashtag #pamandjimswedding, then attendees will be able to access a wide array of corresponding wedding photos by clicking on that hashtag—even if they don’t know or follow the attendees who posted pictures.

Scale this idea up to the business level, and you can start to see why businesses leverage the hashtag to:

Making Hashtags Work for Your Brand

Primarily, hashtags are for the user. Make this your golden rule: your posts are unlikely to gain any traction (and may even get penalized) if you haven’t contributed content that is useful, relevant, and on-topic.

It should be fairly obvious that a picture of your handmade soap is a useful contribution to the #handmadesoap hashtag, but not to the #DogsofInstagram hashtag. But what about cases that are more gray? Broadly popular hashtags like #love, #Instagood, or #photooftheday are as relevant to your handmade soap as they are to any other photo, so does that mean you should use them?

The short answer is, it's best to use niche-specific hashtags instead of broad-but-trendy ones whenever possible. Ambiguous hashtags like #instagood might bring you followers, but most of them will be spam accounts who won’t engage with your posts in a meaningful way. Twitter, Facebook, and Instagram’s algorithms consider engagement a ranking factor, so your post probably won’t rank for that hashtag for long. On top of that, the sheer amount of posts using the hashtag means the feed will move quickly, making the competition for a top position fierce.

There are certainly legitimate reasons to participate in broadly used hashtags—your brand might want to show solidarity with a particular group or movement by using a hashtag like #loveislove, for example—but make these choices for the right reasons; don’t expect a boost in performance metrics.

Instead of reaching for popular hashtags as a core strategy, research what’s trending within your niche (even if that means spending 30 minutes exploring various iterations of #mensfashion). It may be painstaking, but brainstorm every word combination you can think of to describe your brand, seeding your list as you spot additional opportunities. Explore how each hashtag performs on social media and build a final list of hashtags that have meaningful engagement but aren’t too broad, keeping relevance top-of-mind.

Now that you have your list, it may be tempting to use every promising hashtag you’ve found on every post you make. Not so fast—while hashtags are great for brand visibility, they can also clutter up your posts and come off as spammy. Here are some tips for using hashtags appropriately on three of the biggest social media platforms:

You only have 280 characters, so make them count. If you have something great to say that doesn’t leave any room for hashtags, leave the hashtags off—don’t sacrifice good content for possible exposure. When you do use hashtags, keep them short and sweet, finding one or two that perform well and get your point across. If you explore some of the most popular branded Twitter accounts, like the infamous Wendy’s account, you’ll notice how they prioritize content over hashtags. In fact, most of the Wendys posts don’t use hashtags at all.

You can add up to 30 hashtags per post, but that doesn’t mean you should—doing so has become a faux pas among social media enthusiasts and marketers. Adding the maximum number of hashtags to each post can look spammy, putting off users who otherwise might have clicked on the post.

Follow the “content over hashtags” rule on Instagram too, but do give yourself room to prioritize a small handful of promising hashtags (no more than ten). If your brand already has a following of 1000+ on Instagram, aim for no more than five relevant hashtags.

Instagram’s search feature makes hashtag discovery fairly easy. If you start typing a word related to the hashtag you want to use, the search will autocomplete with the most relevant hashtags, alongside their popularity/volume count. 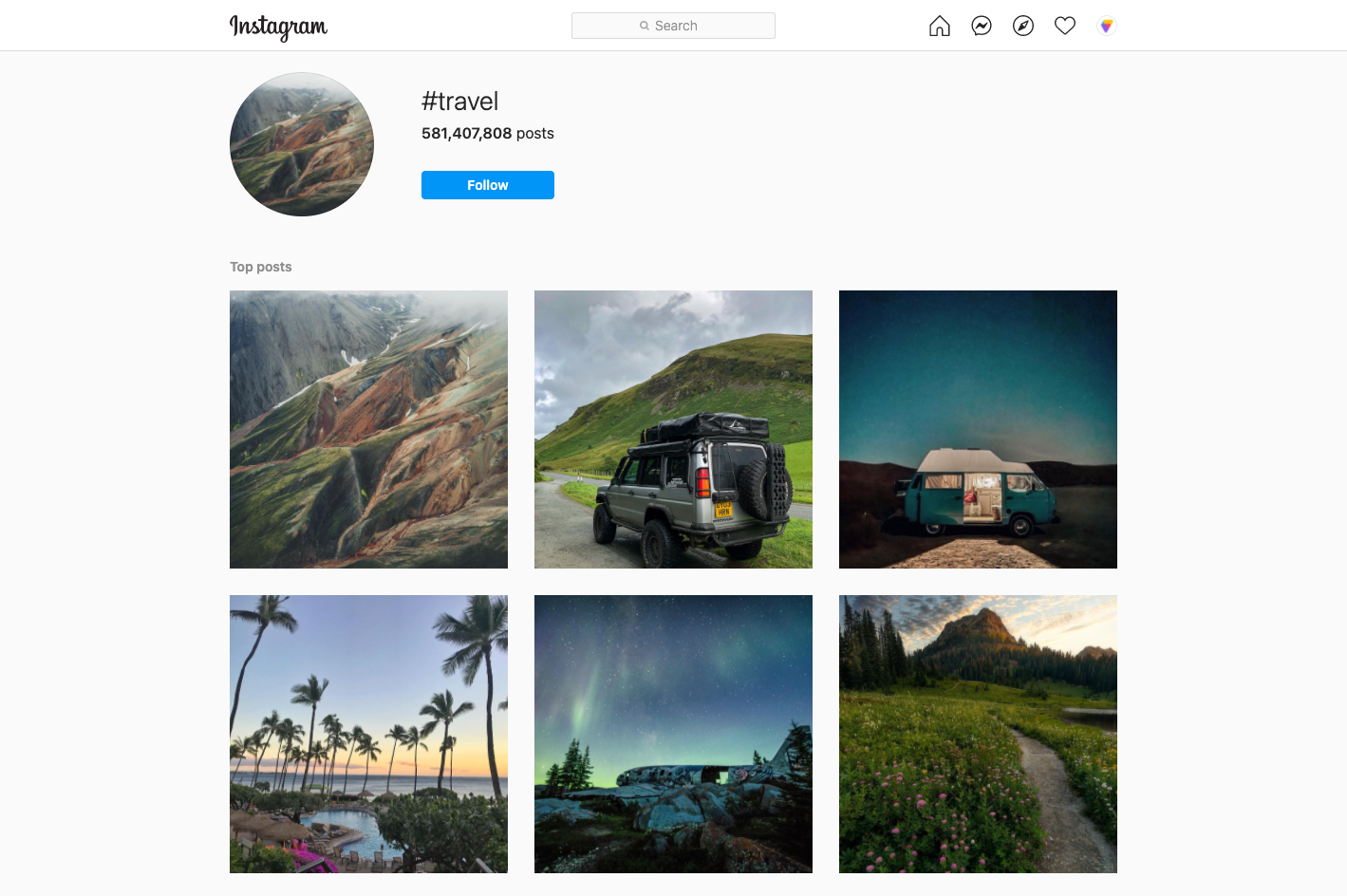 Facebook isn’t a major player when it comes to hashtags, but you can still use them to your advantage. Keep your Facebook hashtags thoughtful, relevant, and somewhat brief. 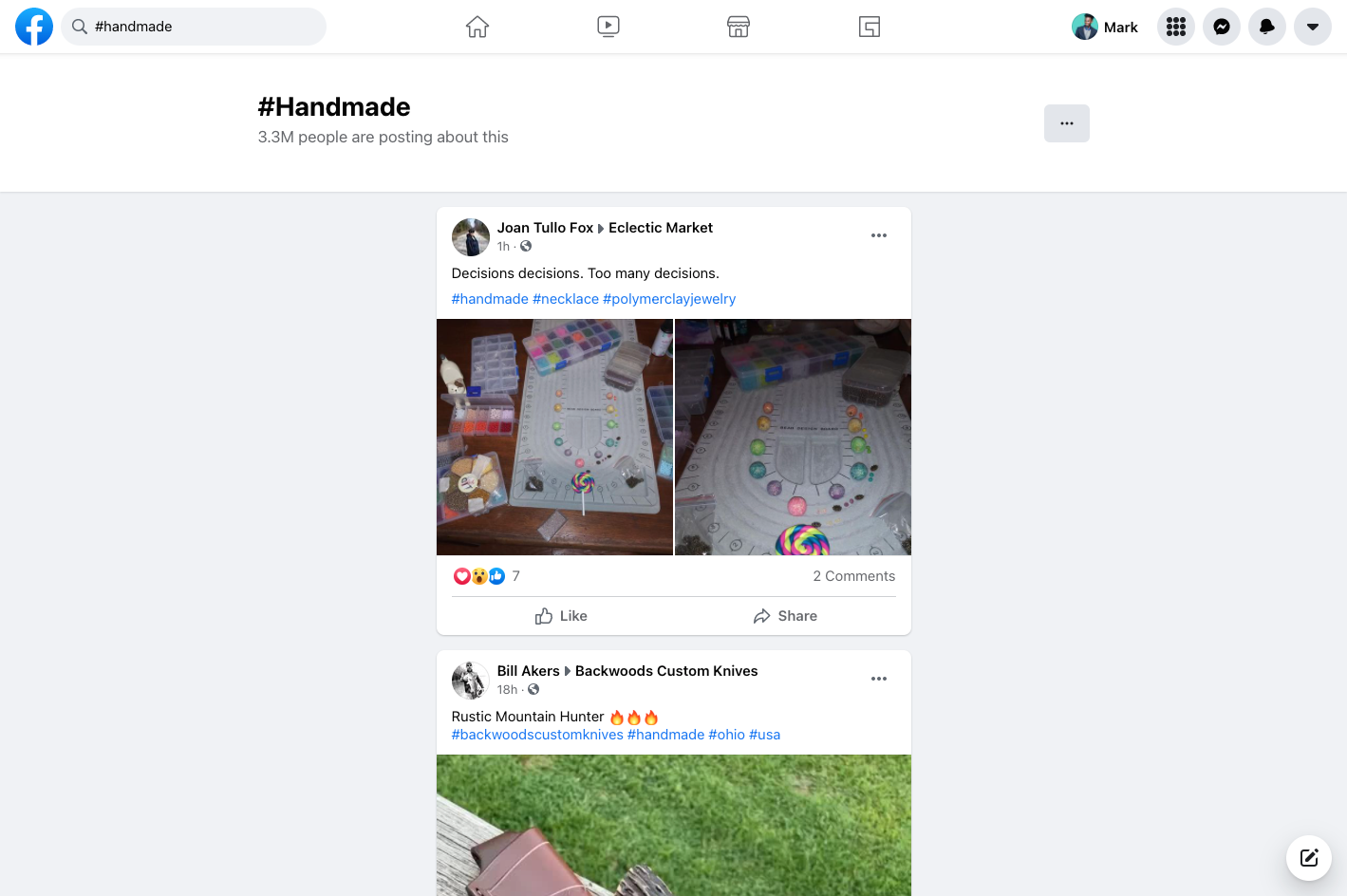 The Power of Branded Hashtags

Take your social media strategy to the next level by creating a hashtag campaign for your brand. This works especially well if you already have a healthy following and decide to run a contest or invite more interaction with your channel. For example, Taco Bell has turned the tag #TacoBellWedding into a fun social tag for people who have had Taco Bell at their wedding.

At the end of the day, don’t worry about following a prescribed playbook—let common sense dictate the choices you make. What are the first few words that come to mind when you look at the image you’re posting? Chances are that the same words come to mind for other people who are interested in the topic. Stay on-brand and savvy, but don’t lose valuable time debating whether or not to put #sunflowers on a sunflower photo you just posted—just give it a try and see if it sticks. Play with when and how you use hashtags, and over time, your experiments will point the way to the best hashtags for your brand.

Meg Nanson is a former content strategist at Grow With Studio, a digital marketing agency. With almost a decade of experience, Meg helps businesses find their voice and scale their organic strategies.

Social media is helpful in expanding brand reach, but driving engagement through ads can be expensive. Here, we break down ten tips to boost your social media engagement organically…